What is the difference between scalp micropigmentation vs. scalp tattoo, hair tattoo, and SMP? 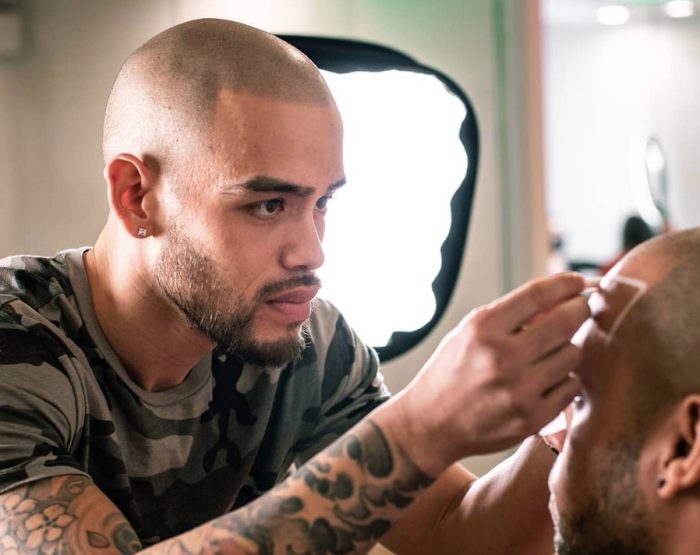 Scalp Micropigmentation goes by many names: SMP, scalp tattoo, hair tattoo, and hair pigmentation. They’re all the same! There are, however, some other procedures out there that you may confuse with SMP. These include standard tattoos, microblading, microneedling, and laser treatment. A closer look, however, will reveal great differences, and highlight why SMP is such a great treatment for hair loss.

Scalp Micropigmentation Is Not A Tattoo

Scalp Micropigmentation Is Not Microblading

“What is microblading?” asks Harper’s Bazaar. Microblading is when you tattoo tiny hairs onto your eyebrows with a needle. It’s a semi-permanent tattoo that makes it look like you have fuller brows. Once a color that matches your natural hair color and the skin beneath is found, the area is cleaned and numbed in anticipation of the procedure. Rather than using a tattoo machine, a small handheld tool that manually draws the brow hairs is employed.

Other than the fact that microblading is a brow tattoo and SMP is a scalp tattoo, the pigments, equipment, and style of application are all different. SMP makes small injections that mimic the appearance of hair follicles whereas microblading seeks to emulate hair brows. The biggest similarity is that both techniques can be used to make hair look fuller, but they are otherwise entirely different procedures.

Scalp Micropigmentation Is Not Microneedling

Just because microneedling involved needles and starts with “micro” doesn’t mean it has anything in common with scalp micro pigmentation. Also known as skin needling, microneedling involves using a skin roller with tiny needles on it that create small pricks on your skin.

The process of micro needling can be done at a doctor’s office or at home. The International Journal of Trichology conducted a randomized evaluator blinded study of the effect of microneedling in androgenetic alopecia and found that the use of microneedling made Rogaine more effective. Overall, however, the efficacy of Rogaine is contingent upon when you start using it and the product’s effects vary on a person to person basis.

Scalp Micropigmentation Is Not Laser Treatment

Like SMP, laser treatment entails doing something to the scalp as a means of treating hair loss. That’s where the similarities end. When Healthline reported on laser treatment for hair loss, the website explained that the procedure works by firing photons into scalp tissue with the hope that weak cells are encouraged to kick start hair growth. Healthline noted that the results are inconsistent. It works for some people but not for others. The procedure may be noninvasive, painless, come with no side effects, and work for some, but it’s also time-consuming, expensive, doesn’t work for everyone, and the procedure’s long-term effects have yet to be studied.

People will go to great lengths to remedy hair loss. Luckily, SMP doesn’t require that! After just two to three visits, you’ll leave with a scalp tattoo that looks just like a fresh buzz cut. And that’s a guarantee! So, if you’re wondering, “Am I a good candidate for scalp micropigmentation?” wonder no longer and see if you are!

Am I a good candidate for scalp micropigmentation?